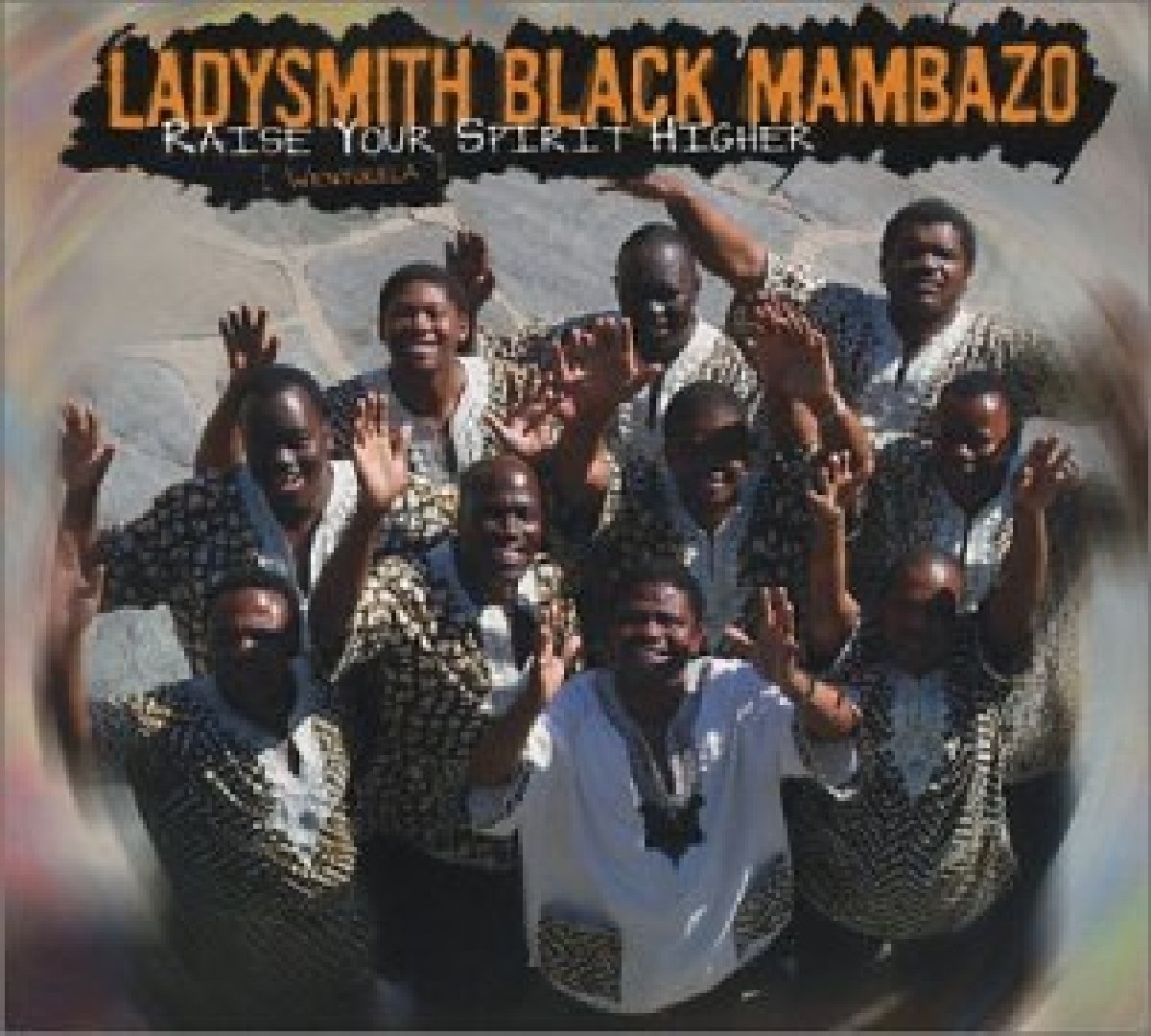 It's been 17 years since Ladysmith Black Mambazo's gorgeous vocal harmonies poured the foundation for Paul Simon's landmark 1986 album Graceland, an album that catapulted the South African a cappella gospel group into the international consciousness and led to worldwide stardom, a Grammy, film soundtracks, and candy commercials. Fans of the group's intricately arranged vocal landscapes will be pleased to know that all that ensuing attention hasn't diluted the group's appeal. Their latest CD, Raise Your Spirit Higher, is as strong as anything the group has recorded in its now 30-year career. Ladysmith has always defined itself by merging Christian gospel music with a native South African musical tradition called isicathamiya, which was developed by mine workers who sang to entertain themselves after their grueling work. That tradition continues here, with several tracks like "Uqinisul' Ubada (Lord is the Light and Truth)" and "Udidekil' Umhlaba (Lord's Work)", devoted to Christian themes. Since the group sings in their native Zulu, however, Ladysmith's international appeal has always been in the stunning variety of sounds they are able to produce with their voices alone, and Raise Your Spirit Higher is no exception. The percussive clicking sounds on "Selingelethu Sonke" and Wangibambezela" are otherworldly, and the gorgeous call-and-response between leader Joseph Shabalala and the group on "Wenza Ngani?" shows that the group's polish hasn't lost anything since "Diamonds on the Soles of Her Shoes." The most moving track on the album though, is the closing "Tribute", sung by Shabalala's grandsons in tribute to their grandmother, tragically murdered in 2002 during the recording of this album. --Ezra Gale